Morning Focus Xtreme is a nice strong energizing herbal tea blend of gunpowder green tea, da hong pao & se Chung special oolongs, cannabis sativa, cinnamon and rosemary! (Read below for more on this)  It’ll help focus your mind and energize your body!  This is a bold tea for a fast jump start, supercharged with CBD from organic hemp!

This is the same Morning Focus we have always sold, but now with cannabis!  We have specifically chosen an energizing sativa strain called Lifter, which is sure to help elevate your mood while keeping you energized and focused!

The green tea and oolong provide the caffeine to jump start your day while the rosemary keeps your mind sharp and focused.

The cinnamon … ah the cinnamon…. Besides adding a fantastic flavor to this tea blend, cinnamon is full of wonderful benefits to the body!  It is an anti-microbial, meaning it will help fight off bacteria, fungus, viruses and even parasites!  It is also an extremely powerful anti-oxidant, even beating out garlic as the number one anti-oxidant! Cinnamon has also been studied and shown effective at stabilizing blood sugar levels, which can help with weight loss, and can also prevent, and even help reverse, diabetes and hypoglycemia. Cinnamon actually slows the rate at which the stomach empties after meals, reducing the rise in blood sugar after eating. Cinnamon also stimulates insulin receptors and inhibits an enzyme that inactivates insulin receptors while it enhances muscle cells’ insulin-signaling pathways, which increases the body’s ability to properly utilize glucose. Consumption of cinnamon has also been shown to drastically reduce LDL cholesterol and triglycerides in the body while increasing the amount of HDL, which is the good cholesterol.

While we added the rosemary for mental focus, cinnamon also boosts the activity of the brain and removes nervous tension and memory loss. Researchers have proven that cinnamon improves cognitive abilities such as attention span, virtual recognition memory, working memory, and visual-motor response. Just the aroma or just the taste of cinnamon, can stimulate cognitive function. So go ahead and order your bag of Morning Focus today!  This is our number one best seller and my personal favorite.  I promise you won’t be disappointed!

NOTE:  This tea contains THC!  It is below the threshold of 0.3% Delta-9 THC and will NOT get you high but CAN cause you to fail a drug test.  Consume wisely!

Method 1:  Brew in half the water, then add ice.

Method 2:  Brew full strength, then allow to cool to at least 100 degrees.  Put in fridge overnight and enjoy the next day.

Add herb to hot water.  For a stronger tea, steep longer – be careful brewing longer, as some herbs will become bitter the longer they steep.  It is suggested to cover all tea while brewing in order to save the volatile oils.

Most teas can be brewed a second time!  They will not be as strong but will still be good.  Brew about 30% longer the second time you brew your herb.

If you have any questions about getting the perfect cup, please use the contact form below and we’ll be more than happy to answer all of your brewing questions!

There are no reviews yet.

Be the first to review “Morning Focus Xtreme” Cancel reply

Join our mailing list to receive the latest news and updates from our team as well as 10% off your first order!

You have Successfully Subscribed! 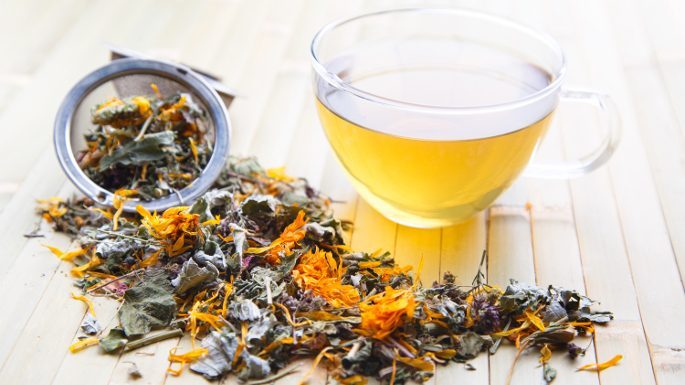 You'll also get notified of upcoming promos and new products!

Thanks! Your discount code is First10.

Why Choose to Autoship?